No Text While Driving 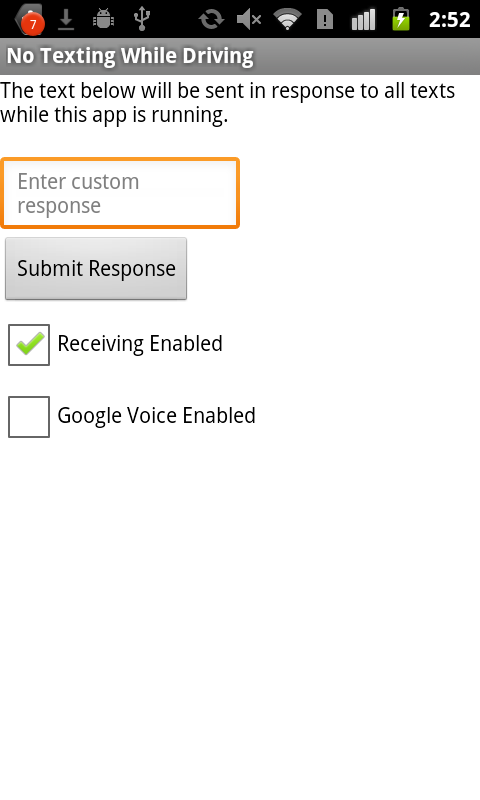 This tutorial demonstrates how an app can respond to text messages automatically. You'll build an app that sends back a response when a text message is received. The idea for the app came from University of San Franciso student Daniel Finnegan.

You'll design the app so that it sends a response to any text message received. You'll also allow the user to customize the response sent.

The user interface for NoTextWhileDriving is simple: it has a text box for the response message and a button for submitting a change to this message. It also has two checkboxes: one to decide whether or not you want to be receiving messages and one to choose to enable Google Voice. This is useful for texting if your phone doesn't have a SIM card. Visit the Texting over Google Voice tutorial to learn more about this.

You'll also need a Texting component and a TinyDB component, both of which will appear in the "non-visual" component area. A table of detailed instructions for designing the components is below, but you can also build it from the following picture of what it should look like:

The components listed below were used to create the designer window shown above. Drag each component from the Palette into the Viewer and name it as specified below:

Add behaviors to the components

NoTextWhileDriving has the following behaviors:

1. Responding to a text

When a text message is received by the phone, the Texting.MessageReceived event is triggered. Your app should handle this event by setting the PhoneNumber and Message properties of the Texting component appropriately and sending the response text.

In response, the app sends a text message to the sender. To send a text, the app sets the two key properties of the Texting component: PhoneNumber and Message. Texting.PhoneNumber is set to the number of the sender, and Texting.Message is set to the text in ResponseLabel -- this might be the default, "I'm driving right now, I'll contact you shortly.", or the user may have modified it. Once these properties are set, Texting1.SendMessage is called to actually send the response text message.

The if block prevents the app from sending the automatic reply if it receives its own message. This would happen, for example, if the user is texting their own number to test the app.

The app so far works, but if you close the app and reopen it, the custom message will be lost. To make things more convenient for the user, store the custom response message they enter into a database using the TinyDB component.

TinyDB provides two blocks: StoreValue and GetValue . The former allows you to store a tagged piece of information, while the latter let's you retrieve one.

You'll need the following blocks to store the custom message:

When the user clicks the SubmitResponseButton, the app will store the response message entered by the user as the shown text that will be sent. The text in this label (ResponseLabel.Text) will be stored in TinyDB. The text responseMessage is used as a tag to uniquely identify the information-- later, you'll use that same tag to retrieve the message from the database.

Program the Screen1.Initialize event-handler so that the saved custom response message is retrieved from the database and placed in ResponseLabel. Check the retrieved data to make sure there's something there-- after all, the first time the app is used, the database will not have any message saved. If there is a stored message, place it in the ResponseLabel so that the user can see it and so that it will be used to respond to incoming texts. 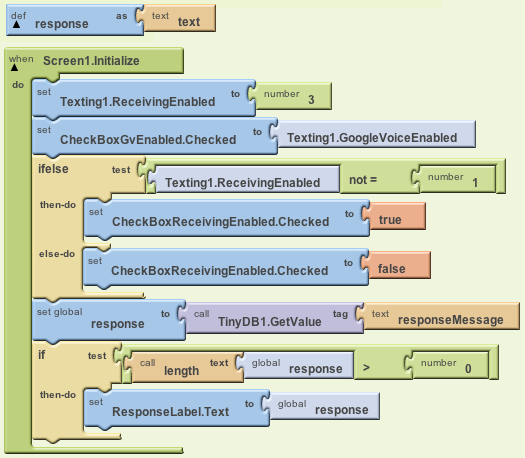 The variable response is used so that the value returned from the database can be checked. If it has a length of 0, then there was no database entry with a tag of responseMessage-- something that will occur the first time a user runs this app. But if the length is greater than 0, the app knows that a custom response has been stored previously, and the retrieved value can be placed in the ResponseLabel which the user will see and which is used as the message for any response texts sent.

The user interface has two checkboxes that the user can toggle: whether Receiving is enabled and whether Google Voice is enabled. The first allows the user to decide whether or not they want to be receiving messages. The second lets the user decide if they want to send messages from their own phone number or from a Google Voice account. When the user toggles these switches, the changes are communicated to the Texting component which enables or disables these properties as marked. 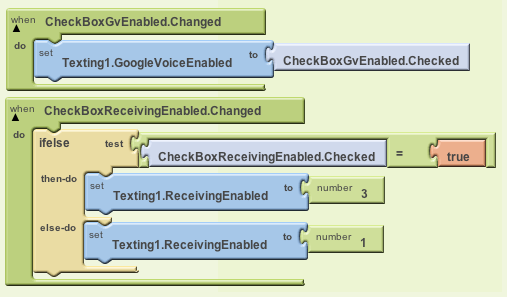 No Text While Driving, Final Program 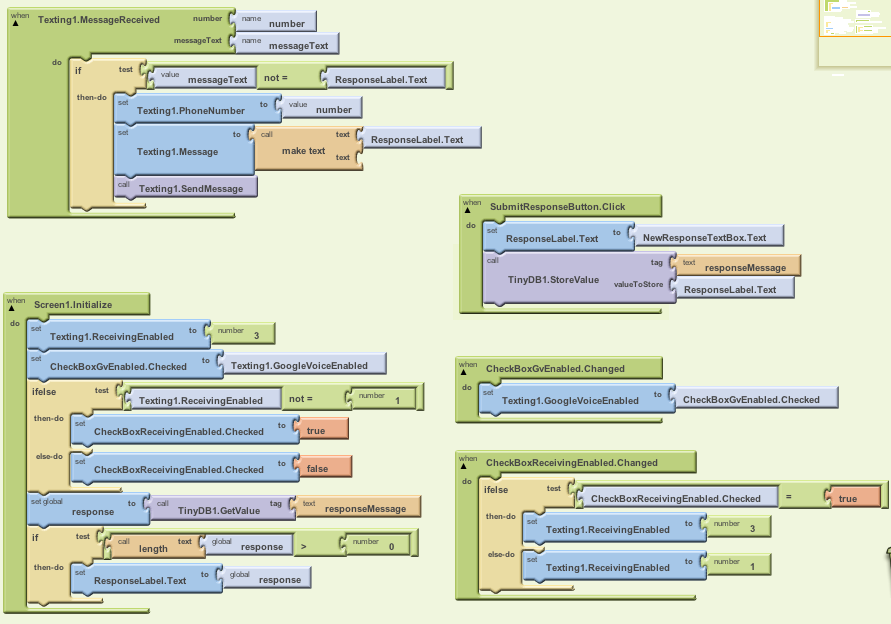 Once you get the No Text While Driving app working, you might want to explore some variations. For example,

Scan the following barcode onto your phone to install and run the sample app. 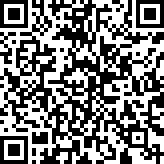 If you'd like to work with this sample in App Inventor, download the source code to your computer, then open App Inventor, go to the My Projects page, and choose More Actions | Upload Source.