For the first time App Inventor had a stand at Fosdem. FOSDEM is a two-day event organised by volunteers to promote the widespread use of free and open source software. Taking place at the Universit libre de Bruxelles (in English: Free University of Brussels) in the beautiful city of Brussels (Belgium), FOSDEM is widely recognised as the best such conference in Europe. 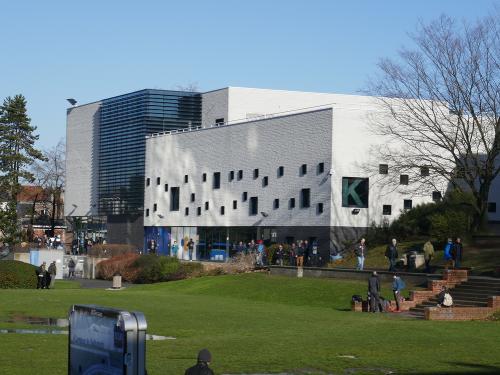 The App Inventor stand was (wo)manned by Ghica, Bart, Evan and Peter. 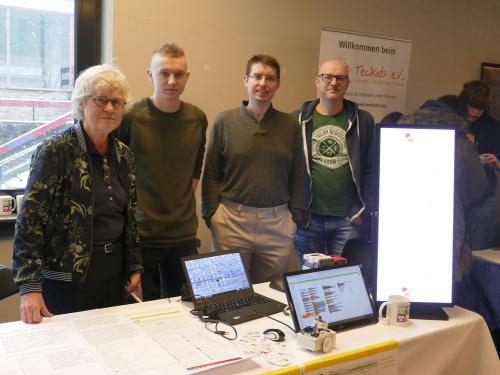 We arrived at the university at 8:15 am on Saturday and setup the stand. We had made some posters to dress up the stand and Evan brought 1000 stickers with him. A few laptops, some monitors, Lego Mindstorms, Raspberry Pi and a Sparky robot completed it all.

From the first moment we were there we had a lot of visitors at the stand. A lot of users were surprised and had never heard of App Inventor. So we had a lot of telling and demonstrating to do. At the end of the first day almost all stickers were gone. 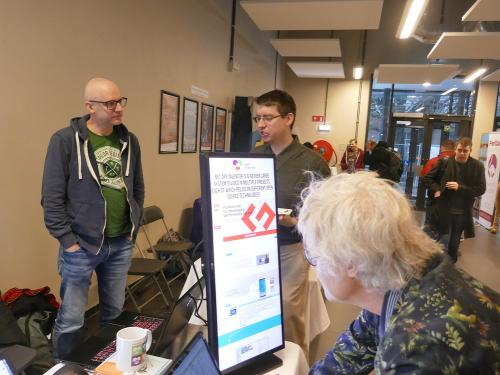 Visitors were impressed by the possibilities of App Inventor. We told them an IOS version is coming hopefully this year. 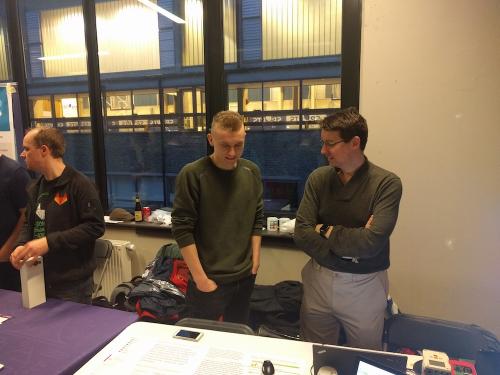 My son Bart and Evan Patton. 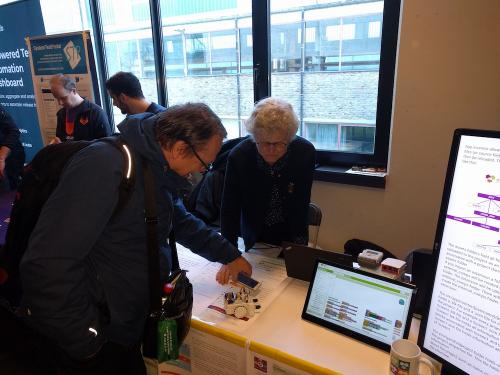 Ghica with a visitor.

We left at 6:15 pm and were invited by Evan for dinner as a thank you from MIT.

For example we talked with people from Coder Dojo and Hacker Spaces.

A lot of visitors got a businesscard from Evan, next time he will have to bring more, just like stickers, flyers, etc.

On Sunday we stopped at 5:00 pm. We will be evaluating our visit to Fosdem in the next couple of months and will start making plans for next years Fosdem. It is certain we will be there next year.