This is a guest blog by MIT App Inventor Master Trainer Rosanna Kurrer. 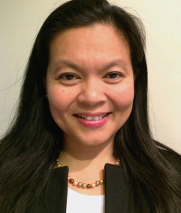 There is a growing awareness that increasing diversity and inclusion in the tech industry is indispensable to creating innovative solutions to tackle the complex challenges of the 21st century.

As diversity itself remains a challenge in all tech companies, celebrating the International Girls in ICT day is as relevant this year as it was five years ago when the member states of the International Telecommunications Union (ITU) started this initiative to encourage and empower girls and women to consider careers in the ICT sector. 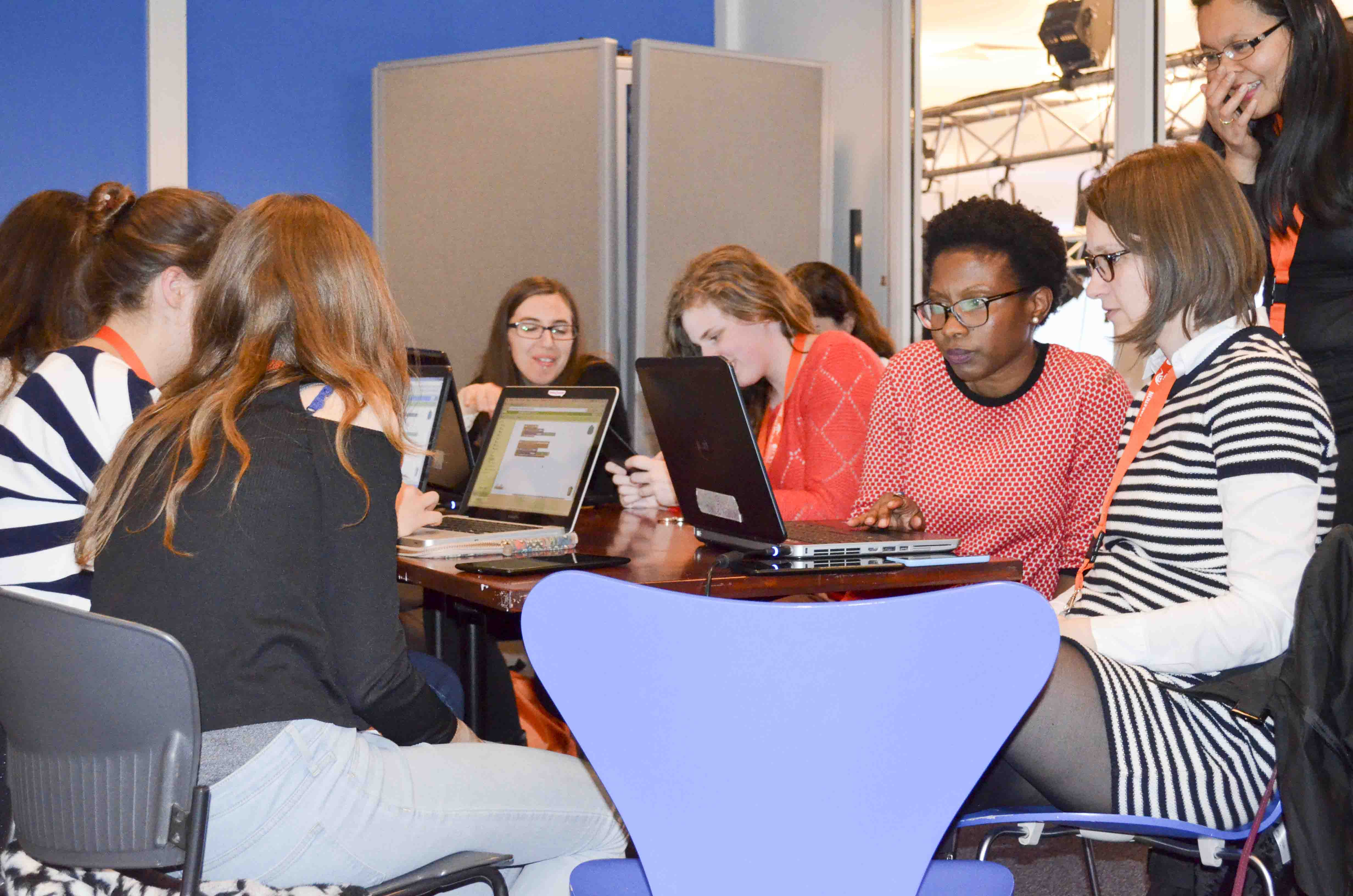 A number of events were organised in Brussels, Belgium, the capital of the European Union, to give girls and women the chance to meet inspiring role-models as well as try their hand at digital skills such as 3D printing, coding and app development using the MIT App Inventor platform.

Over 500 women came to participate in the first-ever European Celebration of Women in Computing (http://www.womenincomputing.eu/) conference which took place from the 25 - 26 April, and was supported by the European Commission and the Anita Borg Institute. The two days were filled with inspiring talks and interesting discussions, as well as a job fair and several workshops.

An App Inventor workshop proved very empowering for the student- and women participants who were surprised at how they could easily build interactive apps, and who have readily expressed their intention to continue learning and building. 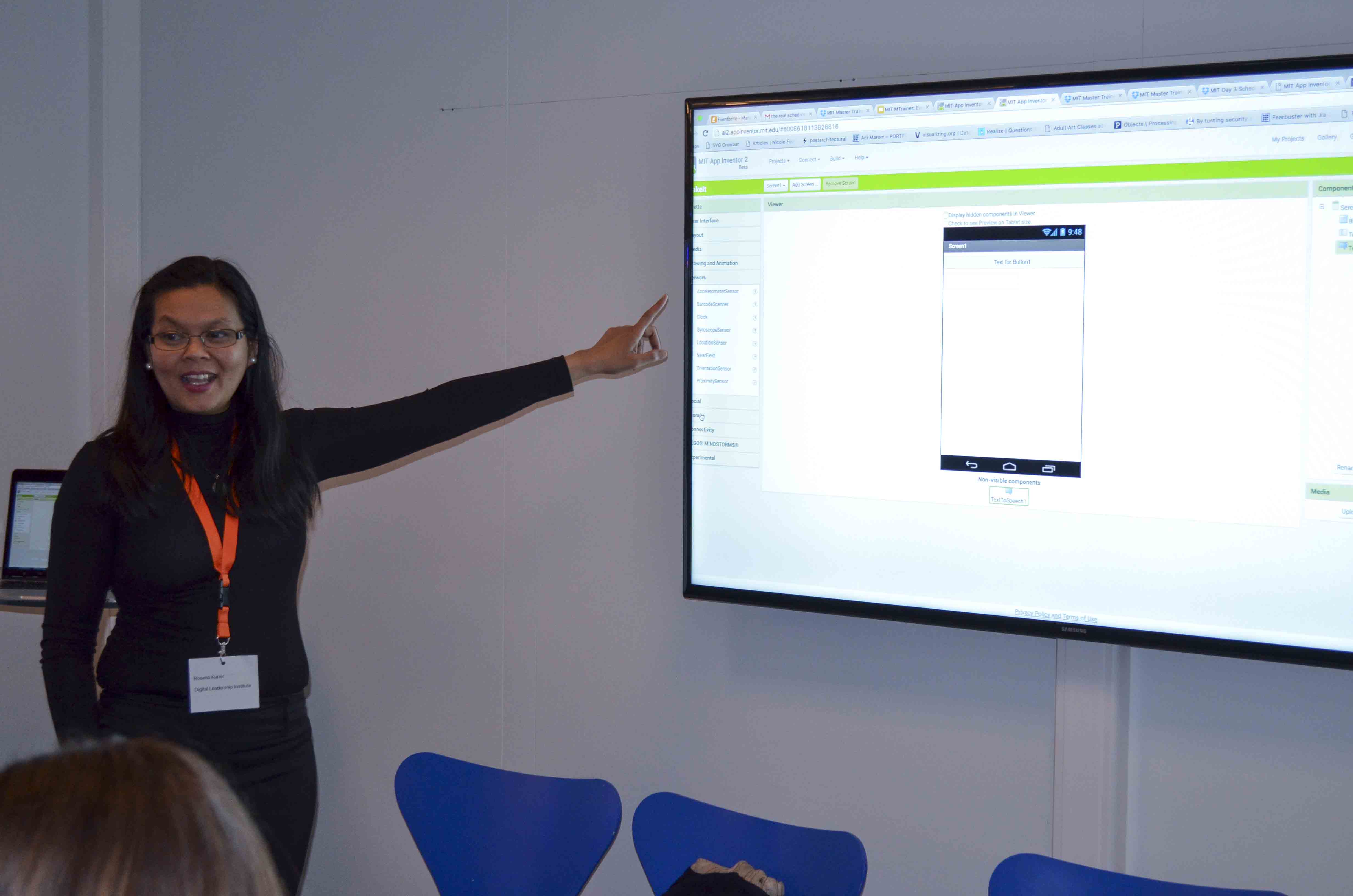 On April 30, over 250 girls ages 11-15 years old took part in the first Digital Muse Girl Tech Fest by the Digital Leadership Institute at the European School of Brussels IV. It was a wonderful opportunity for the girls to learn about coding, 3d printing, artificial intelligence, robotics and virtual reality. It was an equally fulfilling experience for the women who ran workshops and gave inspiring talks to realise their importance as role-models in helping the girls overcome their hesitance in acquiring digital skills. After participating in the App Inventor workshop, the girls realised the potential their ideas could have if they could build the apps themselves.

The Women & Tech Debating Europe conference organised by Google on May 3rd aimed to start a discussion on the diversity problem in the tech industry and to share best practices on how to increase the inclusion of women in the sector. Speakers such as Matt Brittin, Google President for Europe and Vera Jourova, European Commissioner for Justice, Consumer Affairs and Gender Equality underlined the importance of ensuring the participation of more women in leadership roles. 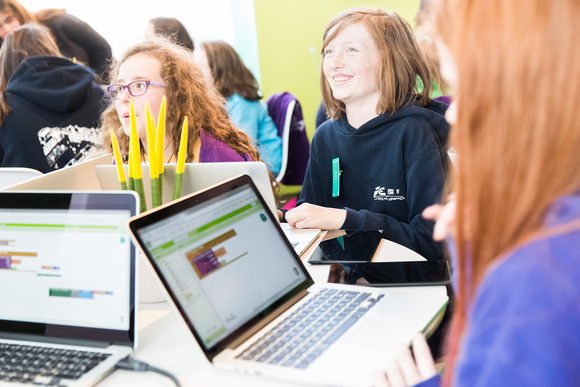 A live coding workshop was installed at the entrance hall and 16 female students (ages 11-17 years) were guided in building two Android apps using MIT App Inventor, one of them a translation app. After the workshop, the students were asked to demo their apps on stage to the speakers and audience, mostly made up of policy makers, journalists and EU officials. The audience was amazed and impressed at the apps they built, and some of the invited speakers even expressed their desire to learn how to build their own apps using App Inventor.