A little report of our visit to FOSDEM 2020 in Brussel, Belgium.

FOSDEM was held in the weekend of Feb 1 and 2.

Vishwas arrived on Thursday, Bart and I on Friday morning and Diego on Friday late in de evening. Vishwas, Bart and I had a great walk around Brussel on Friday.

We saw a lot of famous places. 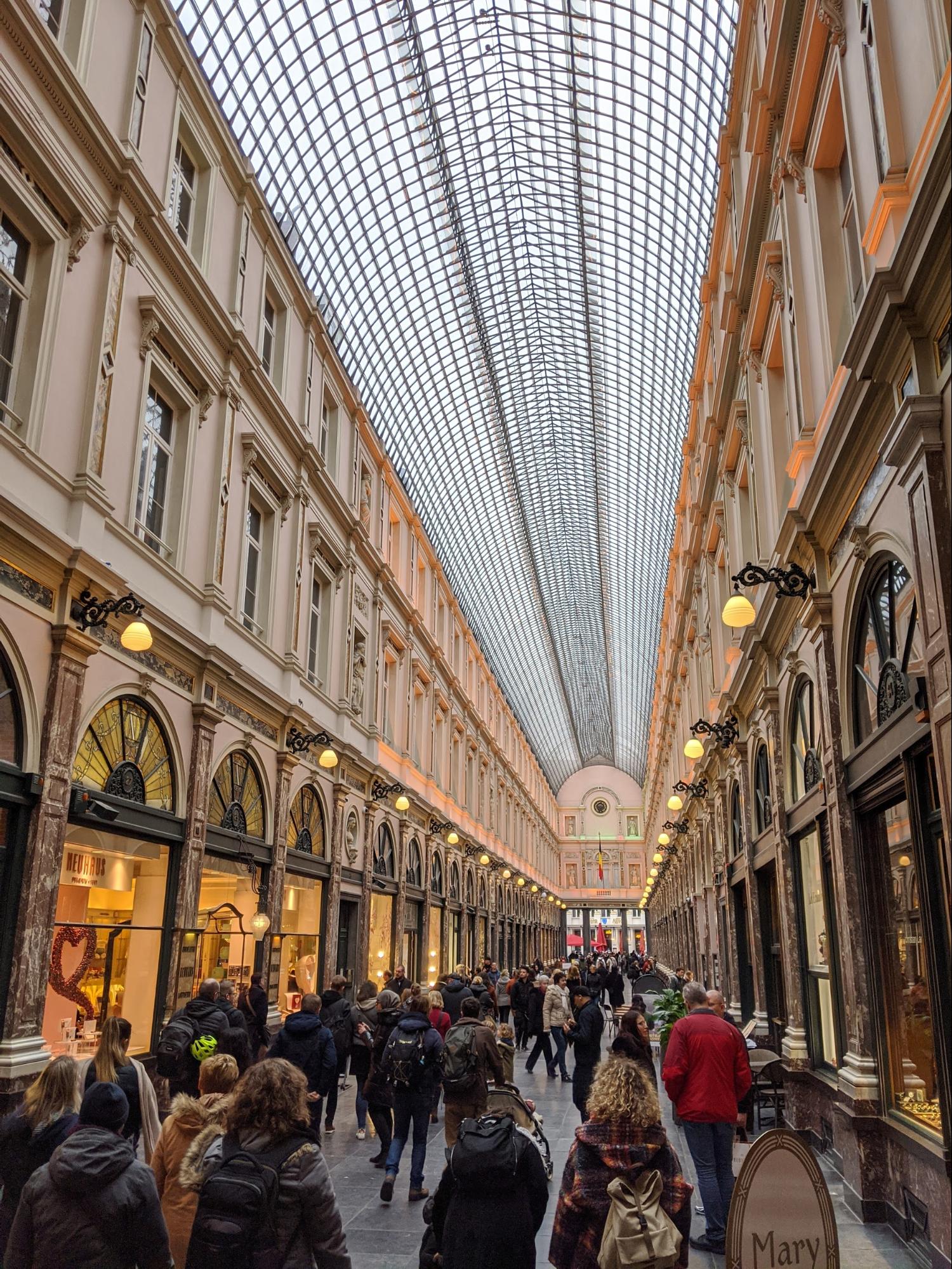 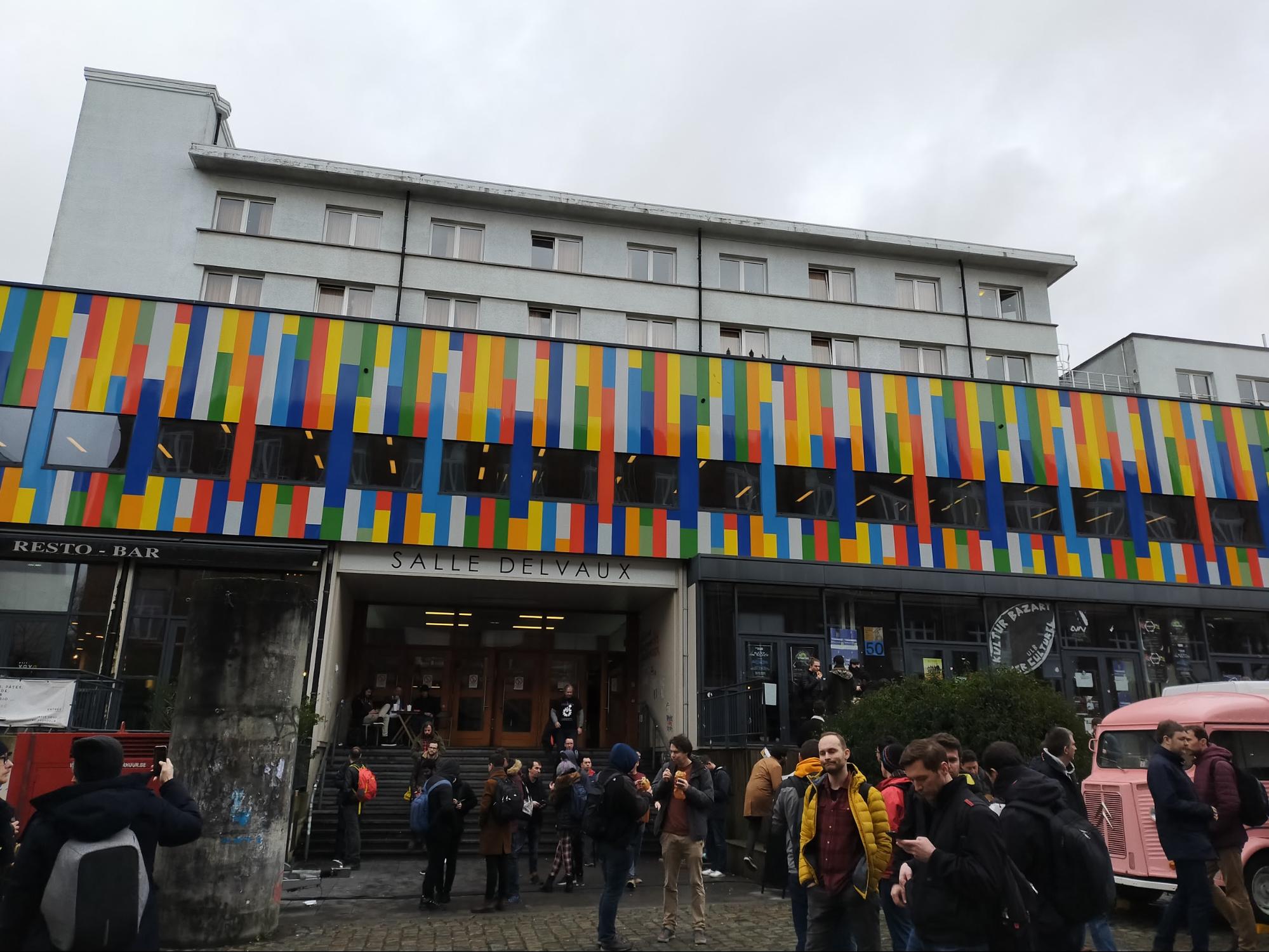 Saturday morning started rainy. Bart and I picked up Vishwas and Diego and we drove to the university. We arrived at 9:15 am and already the whole parking lot was packed with cars and hundreds and hundreds of visitors were walking around. 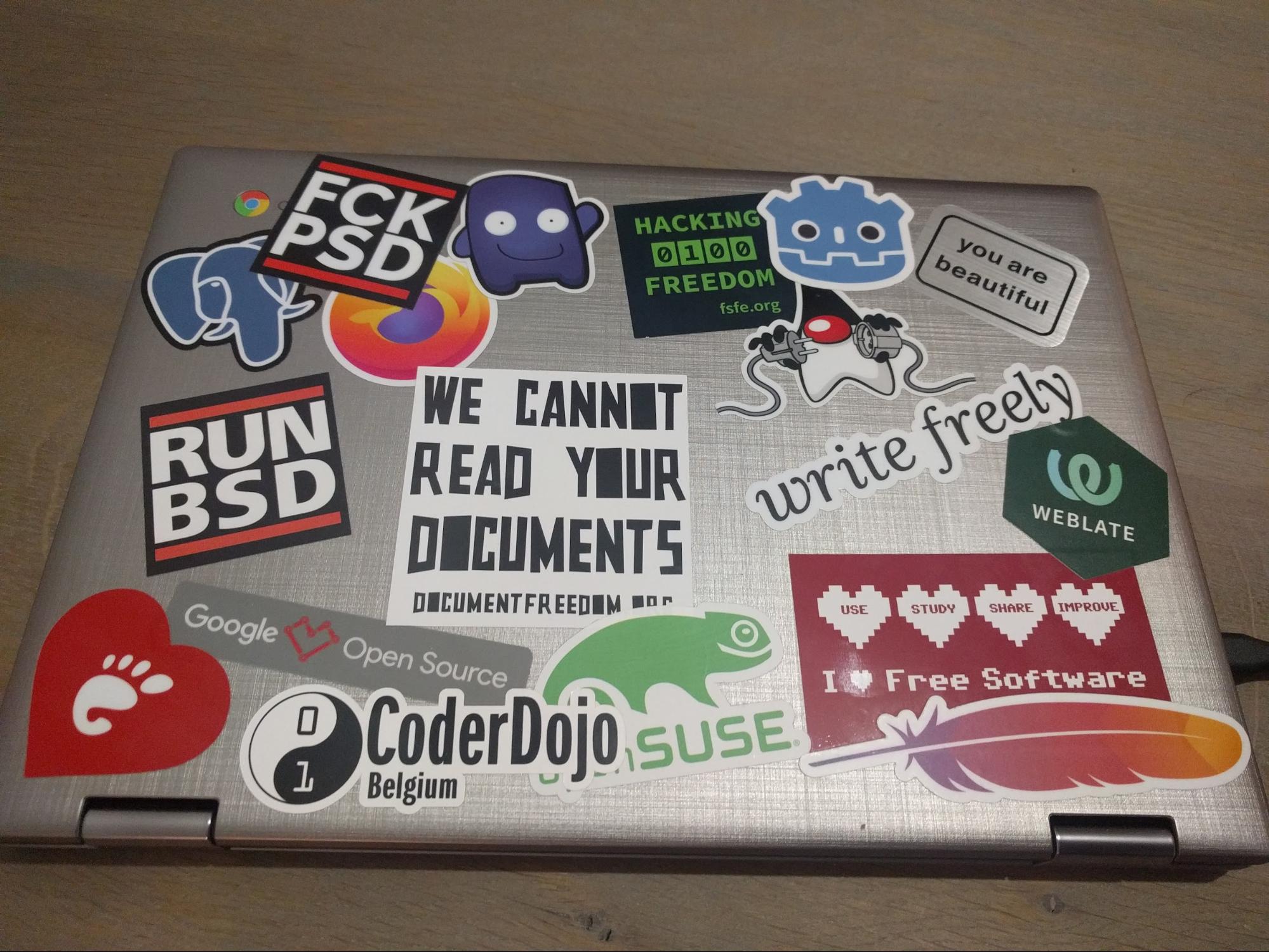 At that time we didn’t know that Evaldas was also already there and also had a great time at FOSDEM. He visited a lot of talks. We saw him for the first time on Sunday.

On the first day I already had a great contact with some people from the CoderDojo stand. I talked to Valérie Gillon, she is a Community Lead. She told me she once played basketball with David Wolber. She didn’t tell if he was any good. ;-)

Tomorrow we are in the same section as CoderDojo, namely EDUCATION so we will have more interesting talks since we have a lot of common goals.

The organizers are planning to have more stands next year. Hopefully with this we can have two days at FOSDEM next year.

European detail. Because of the Brexit on January 31st O’Reilly Books wasn’t present at FOSDEM for the first time in many years. For a long time it was unsure what would happen after the official day of the Brexit passed and if they could get back home with their books after FOSDEM.

Sunday we all gathered at FOSDEM at 8:30 am to dress up our stand. Besides Bart, Vishwas, Diego and me, we got help from Ghica and Evaldas.

Ghica brought her posters and robots from last year. We had an iPad to show off the iOS companion. A portable monitor to show of the tutorials from PixxiBomb. Some chromebooks/laptops to show App Inventor in action. 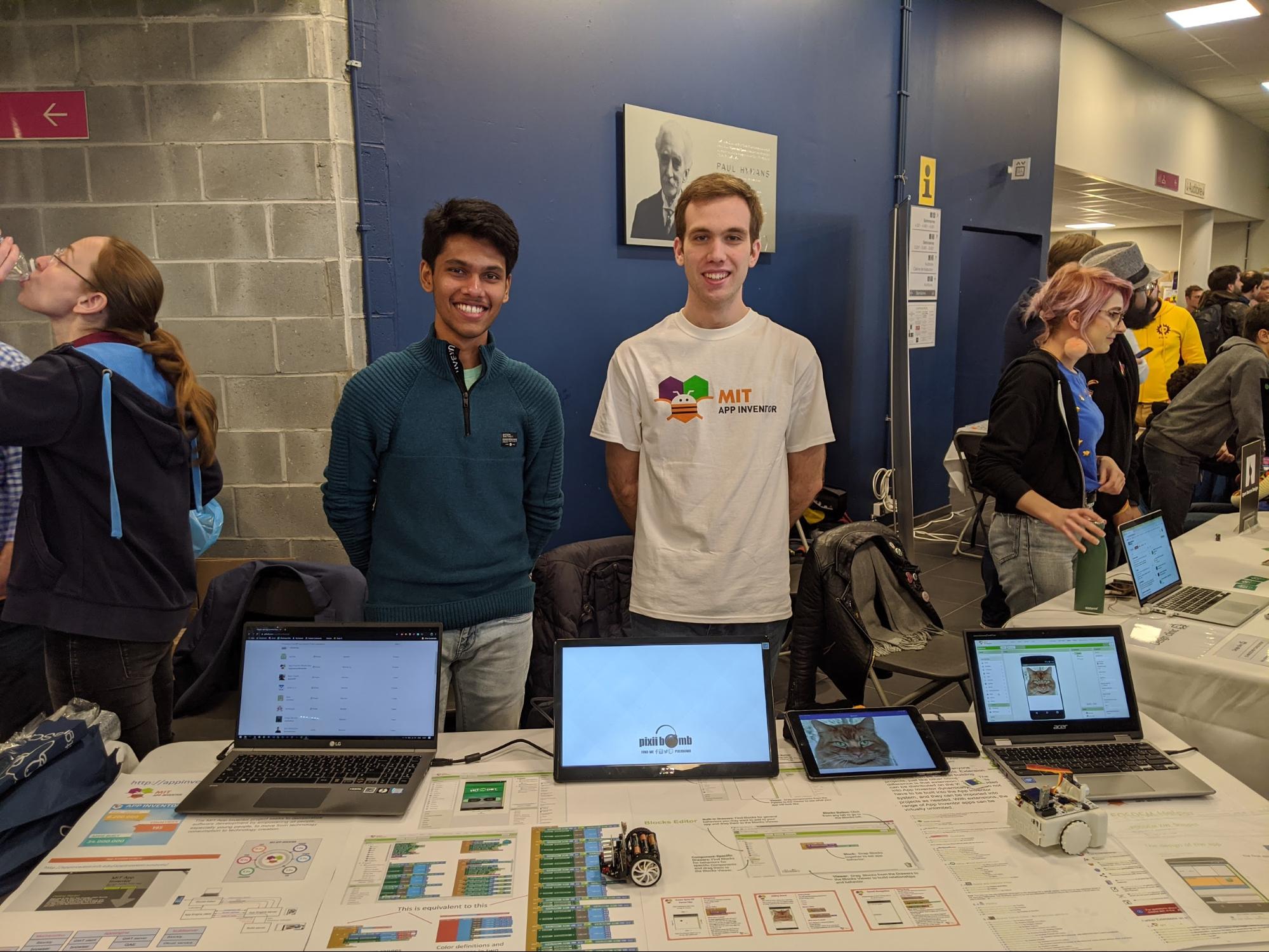 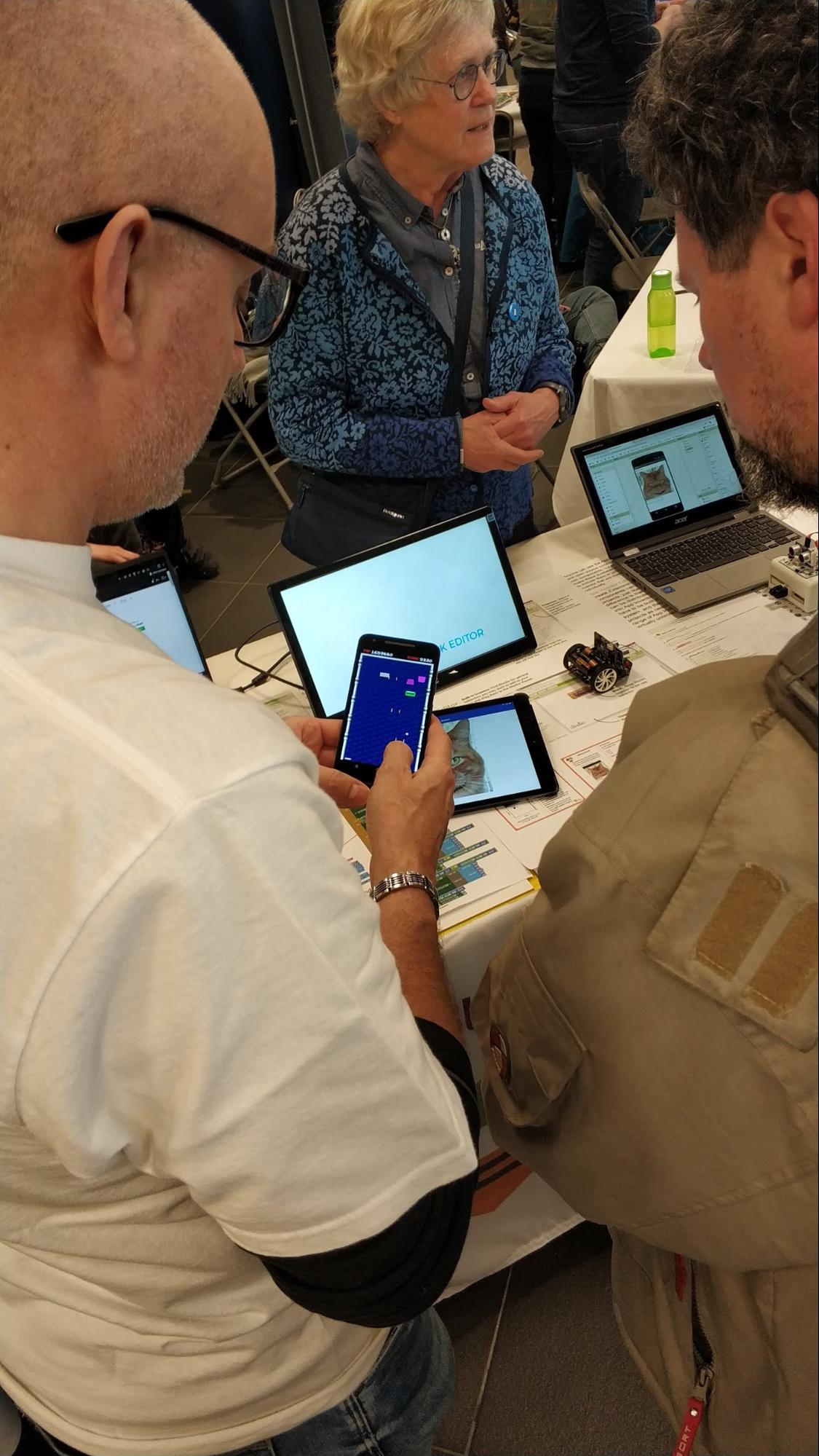 The app Ghica made especially for FOSDEM got attention from the visitors. 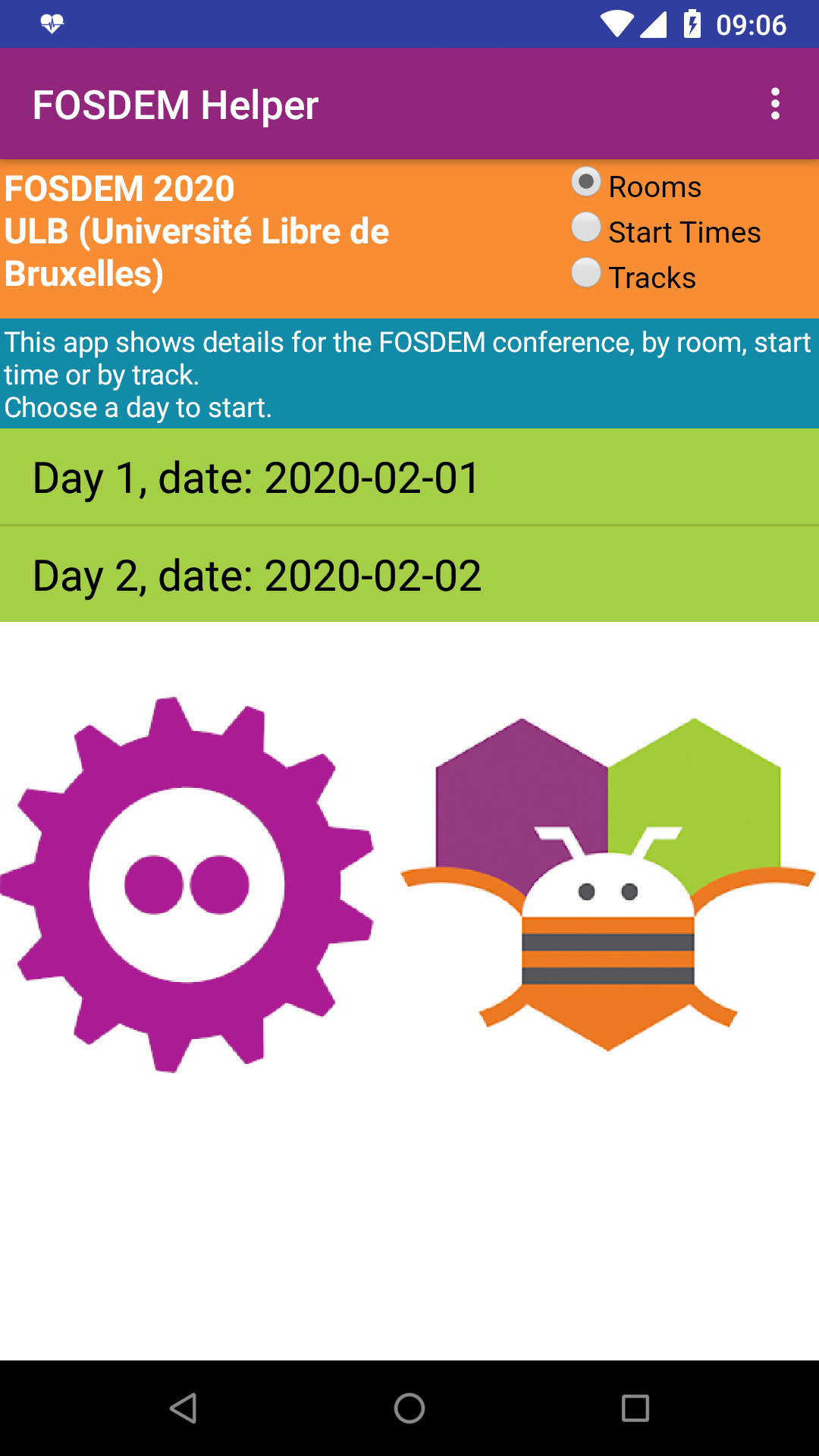 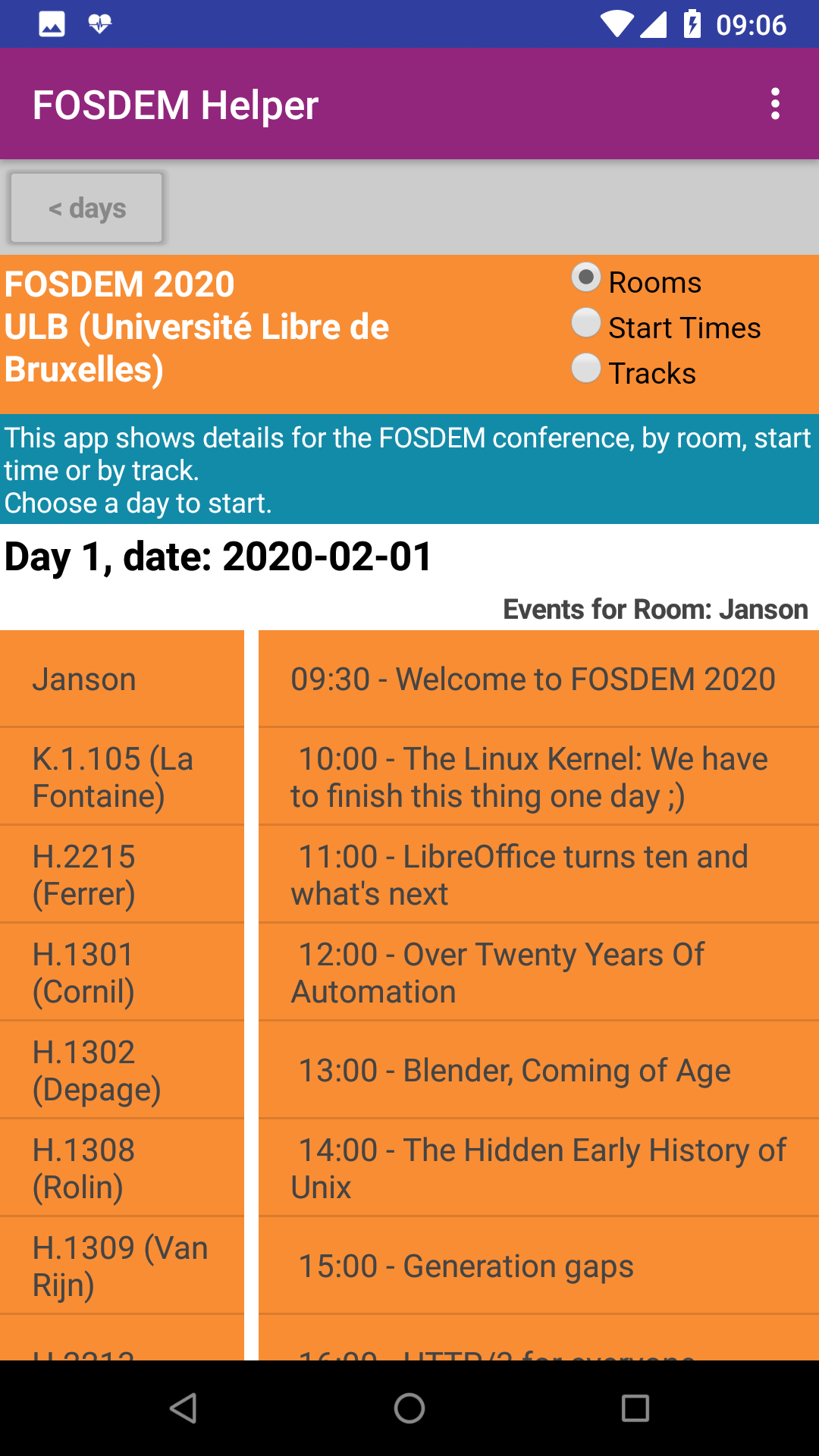 Many staff members and volunteers that make FOSDEM possible came by and watch us demonstrating App Inventor.

We had a developer (Philip Durbin) visiting us from Harvard University about a project of were he is involved with called Dataverse. We talked about how App Inventor could be used to display data from that project.

That’s it for now. We had a wonderful weekend in showing App Inventor to the visitors. Hopefully next year we will have another stand and maybe a devroom at FOSDEM.

Goodbye. Diego was not in this picture because he left already with some friends from Spain. 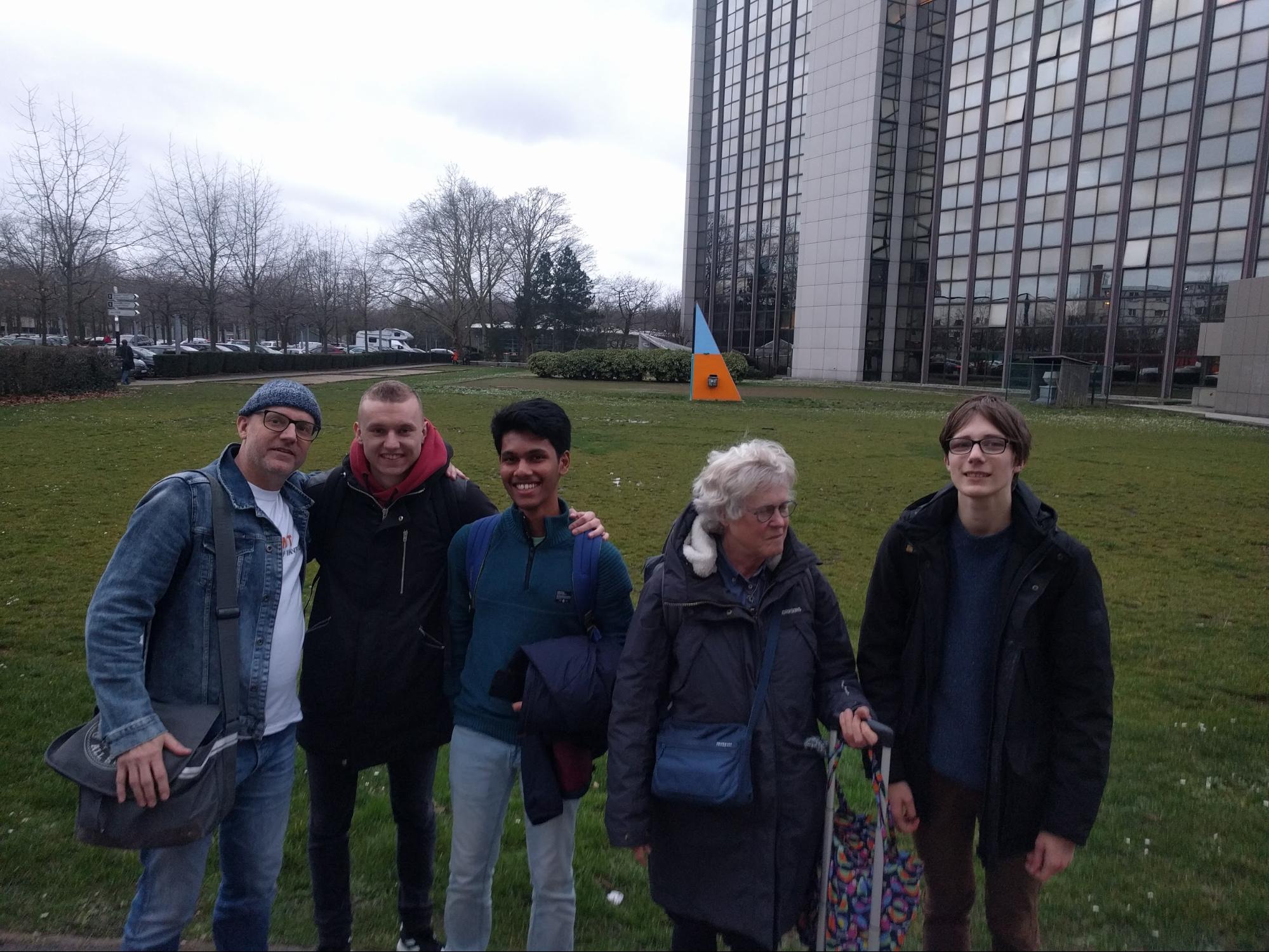